Music and Healing : The Edge of Science 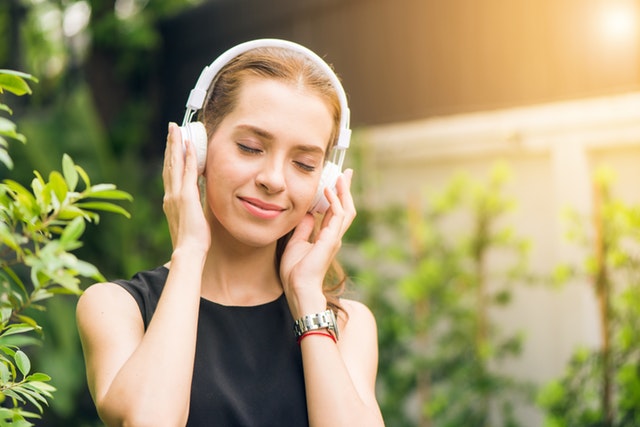 “It goes like this: the fourth, the fifth / the minor fall, the major lift.”

From the song Halleluja, by Leonard Cohen

I found myself in a dilemma in the process of writing this article. That’s not anything new, after all this is the creative process of writing where nonessential words and embarrassingly shallow thoughts have to be respectfully put on the page before glimmers of something decent might emerge and be recognized.

I originally wanted to focus this post on some of the current science around what happens in the brain, mind, body and emotions under the influence of music. In the process of preparing for this post as well as for my upcoming summer class on Sound, Music and Healing, I was at times overwhelmed by the amount of research that is currently in process. Studies and brain scans in abundance. Bright dedicated interested people searching for data and meaning, often with strongly differing interpretations. I was again reminded of one of my favorite oxymorons, “scientific consensus.”

At this time the neuroscience of music is at an embryonic stage, full of excitement and potential. In the past few decades, with the advances in imaging technology, there has been a surge in scientific interest in music, emotions, and well-being. In 2017 the National Institutes for Health and the Kennedy Center for the Performing Arts organized a two day workshop that brought together a large group of neuroscientists, music therapists, and supporters of both biomedical research and the arts to examine the current landscape of research on the interaction of music and the brain and how music is used as therapy.  The initiatives from the 2017 event was followed up in 2018 with the announcement of three funding opportunities from the NIH for further research in music and health.

The neuroscience of music has inspired research in fields such as psychology and psychoneuroimmunology, education, rehabilitation and non-pharmacological pain management, and forms the basis of neurologic music therapy.

The study of music as a therapeutic tool has become a field subdivided by:

In the West, “medicine music” has long been perceived as myth or fringe science to be skeptical about. But science is now leading us to the edge of what may be a revolution in the use of music for healing and health. Doors are opening to medical applications of music inconceivable a decade ago.

Through fMRI (functional magnetic resonance imaging), scientists have begun to map the brain’s many functions to specific regions. Language is held mostly in the left side of the brain. Music activates visual, motor and coordination areas on both sides as well as areas deep in the brain involved in memory and emotion.

There is no single “music center” in the brain. Each subcomponent of music (harmony, rhythm, melody etc.) engages a broad network of brain regions. Music has access to vast portions of the brain. Because music involves so many parts of the brain, there is a synergy between music and brain research. As the brain teaches us about music, music is teaching us about the brain.”

There is clear, hard evidence that learning music grows gray matter, particularly in the young, but because music affects so many layers of the brain, body and emotions, there can be profound benefits at any age. Improvements in vocabulary skills, visual reasoning ability, and fine motor control, even short term memory, have been researched and documented. In Alpine, Colorado, the school district started a program that teaches math and music to kindergartners through third grade. Since the program began, teachers say they’ve seen clear improvement in the children’s academic performance.

So let’s talk about neuroplasticity and music. Neuroplasticity refers to the brains ability to build new pathways around damaged areas. The Arizona Congresswoman, Gabby Giffords, was shot in the head in 2011. She lost all ability to speak because of damage to the language areas of the left hemisphere of her brain. Music therapy was a significant factor in her regaining speech. Over a series of many sessions layering words over melody and rhythm, less traveled pathways in her brain were trained towards the destination of speech.

As Meaghan Morrow, Giffords’ music therapist and certified brain injury specialist said, “Music is the other road back to language.” You can watch a newscast on Gabby Giffords’ progression to speech from the link below. It’s touching.

I’m going to change directions now and talk about the physics of musical sound and a few bits of interesting information that imply just how fundamental musical sound is to our biology.

Most of the musical scales that humans have preferred over history and across cultures comprise intervals that when considered as a set are related to the simple ratio harmonic series, also called overtones.

So what are harmonic series, or overtones? Depending on the complexity of the physical source of a vibration, the fundamental note which our voice or instruments produce as the key center, creates other notes, or harmonics, above the fundamental note.

The notes that Tuva throat singers and chanting Tibetan Buddhists monks produce from their bodies utilize harmonics and partials produced by the larynx supported by providing a rich fundamental tone through focused chest resonance, and then shaping the mouth cavity to accentuate the upper harmonics as melodic elements over the fundamental tone being sung.

I don’t want to get into the physics of the harmonic series in this article, but I’d like to throw out a few thoughts.

The first six harmonics form the notes of a major chord. For example if the fundamental note is C1 (1 representing the root octave), the harmonics stack up as C1, C2, G2, C3, E3, C4, containing the notes C, E, and G, that form a C major chord.

To bring the experience of the primary overtone series down to earth, if I am walking in the forest during a strong wind and the trees are vibrating just right, I can hear the melodies and chords formed from the overtones. They often sound similar to the blues. When driving my old Toyota 4Runner, the engine overtones form a repetitive melody so distinct I can sing to it. The tune is different whether I’m ascending or descending because the engine is vibrating differently from the load, but the notes are the same simple ratio harmonics.

Kathleen Wermke researches infants at the University of Wurzberg. She noticed that the babies’ cries had music-like intervals. She recorded and analyzed the infants’ cries. As Wermke said, “Oh this is really astonishing because nobody thought that small babies might cry in musical intervals.” And the intervals were the fifths, fourths and thirds that form the foundations of both Western and Eastern music. The minor third was the “mommy” interval cried by babies world-wide.

I’ll end this article by indulging myself in getting really out there. One of the great discoveries in recent decades is the mapping of the cosmic microwave background (CMB), formed from the release of radiation after the Big Bang fourteen billion years ago. The Big Bang itself was silent, but as the universe expanded, matter and energy distributed unevenly, like hills and valleys that pulled on matter, like sound waves.

The first million years of the universe is called the acoustic era, when sound waves formed, grew, and died. The sound spectrum from waves created during the first four hundred thousand years or so of the universe is being mapped.

In 2001, a group of scientists at a South Pole research station discovered two overtones from those very ancient waves – the first two harmonics above the fundamental tone. A year later, in the Chilean Andes, astronomers identified a third, fourth, and possibly the fifth and sixth overtones. It seems like the Big Bang was also the Big Bell.

The way I see it, the harmonies, melodies and rhythms that we resonate to, that moves us and changes us, operates on micro and macro levels, physically, emotionally, and spiritually. Maybe in time we can hear and feel the music of the stars as well as the sweet sounds of a guitar.